The Youngsters Auction: Tesla Z heads for Italy for 58.000 euro 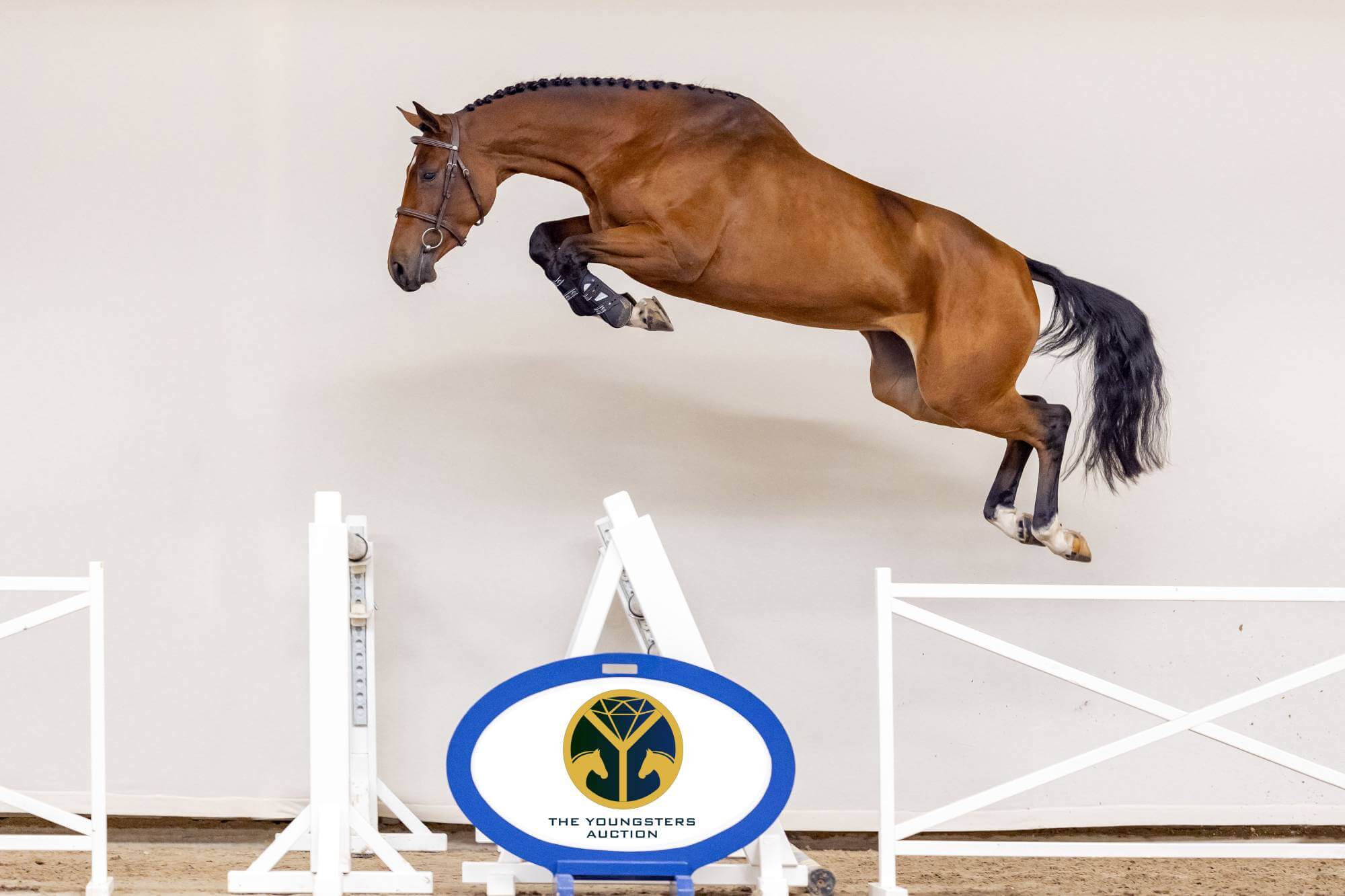 The very talented 3-year-old mare Tesla Z is the auction top seller of the fourth edition of The Youngsters Auction. For 58.000 euro the niece of Janika Sprunger’s Aris CMS leaves for Italy. The sixteen 3-year-old auction horses of The Youngsters Auction were sold for an average of over 21.000 euro and leave to customers from all over the world. “We are very pleased with the final result and are delighted that these talented horses are going to so many distinguished stables,” says Peter van der Waaij.

A long bidding duel between many different interested parties finally resulted in the top price of 58,000 euros for the 3-year-old Thunder van de Zuuthoeve daughter Tesla Z. Bidders from Germany, the United Kingdom, Norway and Switzerland competed until the very end, but it was an Italian customer who came out on top. A talented young Italian rider will train Tesla Z for the international showjumping sport.

Andiamo’s Asca Z to Kuwait
Another popular horse in the auction was Andiamo’s Asca Z – a daughter of Andiamo Semilly out of the sister of Sea Coast Pebbles Z and Aristo Z. Switzerland and Kuwait were battling for a long time, but in the end it was an investor from Kuwait who could add the highly talented mare to his stable for 48.000 euro.
A nice amount was also paid for the wildcard Nou En (Ibolensky x Numero Uno). For 34.000 euro Nou En stays in the Netherlands and will move to the stables of a true horse family.

A lot of interest for live presentation
Although the auction of The Youngsters Auction had to be online due to the Covid restrictions, the auction horses were shown in a live presentation with audience. “We find it very important to give everyone the chance to see the horses live; there were many interested people present at the live presentation and on the livestream we had viewers from many countries. In general, the horses showed well in the presentation and we think that our customers were able to get a good impression of this group of horses this way,” says Peter van der Waaij.

New buyers & long term customers
Furthermore, the horses were sold to Mexico, Finland, the United Kingdom and Ireland and several horses leave for Italy, while some also stay in the Netherlands. “It is great to see that in this fourth edition we were able to attract new customers from all over the world again and that at the same time our long term customers from previous editions also participated again. We wish all buyers all the best with their new horses and hope to see them back in the international sport in the years to come,” said Jasper van der Waaij on behalf of The Youngsters Auction.