Modern sporthorses in 3rd edition of The Youngsters 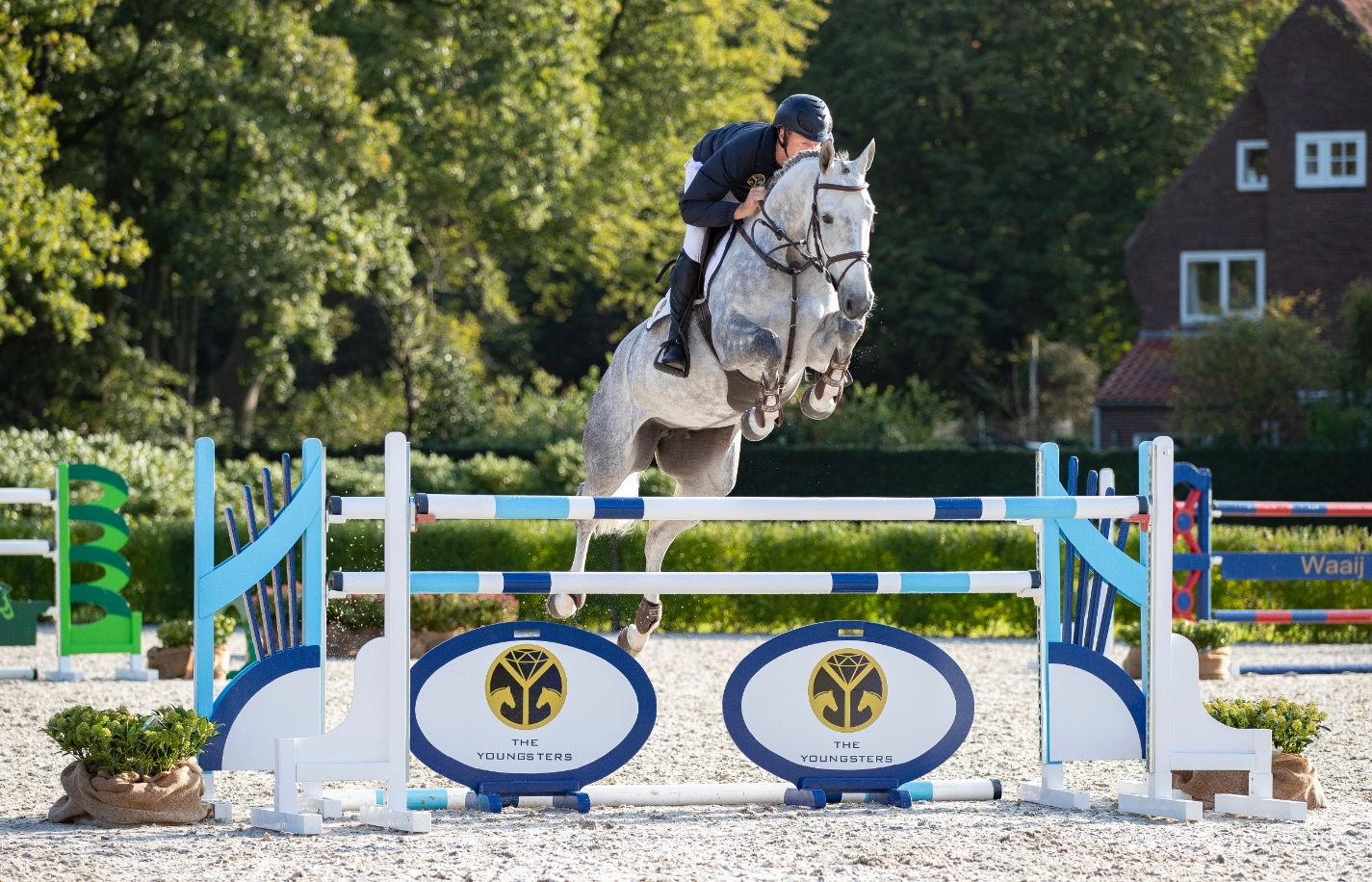 14 ridden sporthorses and 18 3-year-old talents form the collection for the 3rd edition of The Youngsters – Auction of Young Showjumpers. “This year we especially focussed on modern sporthorses with good types, size, light-footedness and scope for top sport”, co-organizer Peter van der Waaij explains. The Youngsters will take place on Tuesday 10 November and from Monday 26 October, the ridden sporthorses are available for trials at Waaij Stud in Eemnes.

In this 3rd edition, the collection of ridden sporthorses consists of four 6-year-old, five 5-year-old and five 4-year-old showjumping talents. “This group of ridden sporthorses varies from experienced competition horses with in some cases even international experience to promising talents who made their competition debut this year”, says Peter van der Waaij. “The ridden horses are nicely on track in their training program and are ready for the next step”.

Ready for international level
A very special horse in the collection is the 6-year-old Jikke-Cara; this daughter of Denzel van ‘t Meulenhof impressed at international level the last few months. “Jikke-Cara is in our opinion the textbook example of a modern showjumper: blood, light-footedness, quality and an enormous athletic ability. Besides that she was bred very promising as half-sister of the Olympic showjumper Appy-Cara”. The 6-year-old gelding Jylord is also a horse to keep an eye on. “Jylord is a son of top stallion Mylord Carthago and stands out because of his fantastic technique and mentality.”
The group of 5-year-olds also consists of a number of extra talented showjumpers. “In general, the 5-year-olds have gained some competition experience over the past year and seem to be ready to compete in the international youngster classes. For example, take the quality mares Katascha, bred out of the full sister of Utascha SFN, and Perla Pas de Calais – these are true competition horses.”
For the 4-year-olds, The Youngsters Team also focusses on interesting genes. “The breeding paper doesn’t jump, some say, but we believe that horses from good families are often successful later on in sport. That is why, for example, we offer a direct 4-year-old daughter sired by For Pleasure: Lot of Pleasure WS. But also 4-year-old offspring by the promising Humberto Ask and of Grand Prix showjumping stallion Iron Man van de Padenborre; also a full sister of the KWPN stallion Karamba and a great-grandson of Grand Prix showjumping mare Goldenbridge are included in the group of 4-year-olds.”

Promising 3-year-olds with top genes
Once again The Youngsters does not only auction ridden sporthorses, but also an interesting group of 3-year-old horses. “We have seen in recent editions that the demand for these almost 4-year-old horses was high. These horses are ready to start their careers under saddle.” The collection of 3-year-olds consists of eighteen talents with fantastic genes; they are sired by leiding stallions like Cornet Obolensky, Kannan, Aganix du Seigneur, Balou du Rouet, Berlin, Darco, Eldorado van de Zeshoek TN and many more.
The damlines of these 3-year-olds are also full of performance. The Cornet Obolensky son Cayman de Nyze Z was bred out of the line of Etoulon VDL, the Darco stallion Diego is out of the family of Whitney BB, the Falaise de Muze son Mufasa WS is closely related to Caretina de Joter and Eldorado van de Zeshoek TN son Morado is the full brother of Petronella Andersson’s talented Grand Prix horse Halita O.

Great successes
The former auction horses of The Youngsters delivered some excellent results in the past year. For example, Je T’Aime – the 2018 top-seller – won several international 7-year-old classes ridden by Ireland’s Billy Twomey, while the 2019 top-seller Unicorn won several hunter classes ridden by Owen Rogers in the USA. The 5-year-old Karanza is doing particularly well in Poland and won a bronze medal at the Polish championship for 5-year-old showjumpers ridden by Slawomir Uchwat. Another success story is the 4-year-old Leicester, who was sold in 2019 and ridden by Glenn Knoester earned a 9.1 for jumping this year’s finales of the KWPN Championships in Valkenswaard. Also horses like Lamira, Irdita, Jillz and Jackpot have delivered many great rounds this year.

Online bidding, live trials & viewing
“We look forward to the 3rd edition of The Youngsters. Unfortunately, this year’s auction will have to take place mainly online, but of course all the horses can be viewed and the ridden sporthorses are available for trials”, says Peter van der Waaij on behalf of the organisation.
From Monday 26 October, it will be possible to try out the ridden sporthorses on a daily basis and the 3-year-olds will be available for viewings at Waaij Stud in Eemnes. Please contact us for an appointment via +316 23412073 (Peter van der Waaij) or by e-mail at info@the-youngsters.com. From now on, you can register yourself as an online bidder at www.the-youngsters.com. 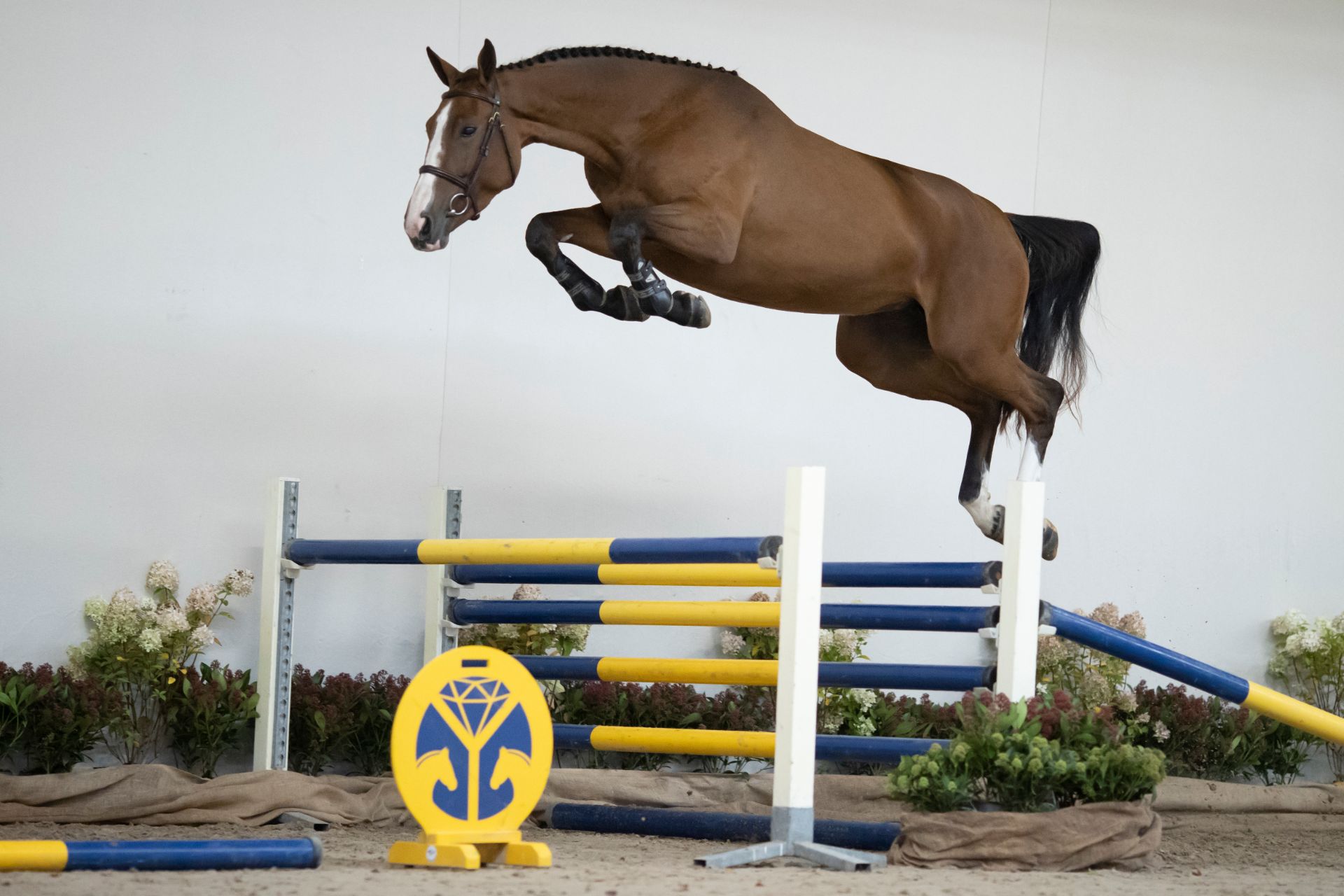